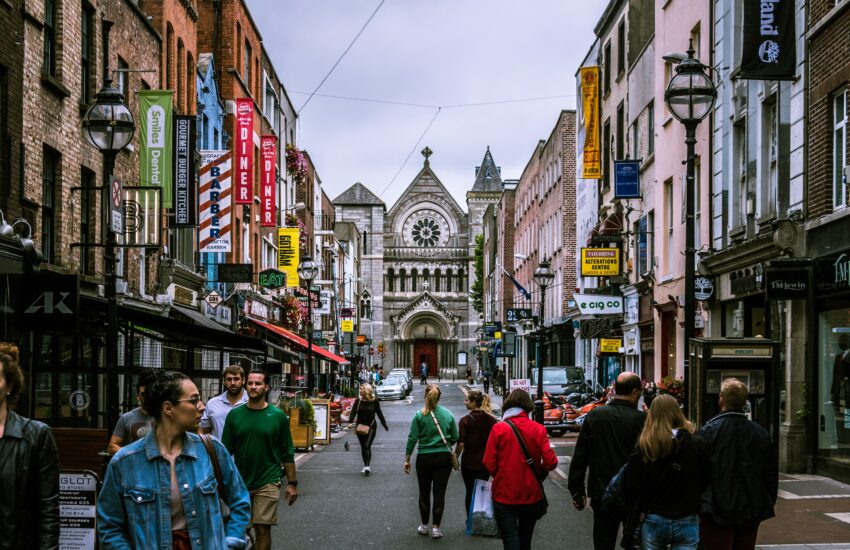 Ireland is a country known for its prosperity in Europe, but many believe that this is not founded in true perspective. Per capita GDP data labels Ireland second to Luxembourg for being the best economy in Europe. The Human Development Index also ranks them as second tied with Switzerland. However, these statistics are being questioned by officials. If you cut out Luxembourg’s main city, Ireland is at number 1. People do believe Ireland is a great place and strong, but this may be a stretch.

GDP is not the best ranking for overall economic prosperity, quality studies take many things into account when calculating this metric. Sustainable Development Goals of the United Nations also gauge the Irish economy, and the world needs to get past seeing GDP as the only factor. Many officials only look at GDP, and think it the only factor to consider. The UNDP’s Human development Index is a composite of GDP and GNI, in which they have larger weights. It is not smart to compare GDP across European countries without factoring in pricing differences as well. Most data evaluations do not look at the fine print, but continue to judge countries based on GDP without calculating economic differences.

Statistics for Ireland’s GDP have shown it as the 5th highest based out of 182 countries or 3rd behind Qatar and Singapore.  However, they only come in 3rd if you exclude countries with less than half a million in population. The economy in Ireland has stalled greatly due to the pandemic and surprisingly, its GDP has actually done well.  The apparent strength of Ireland is mostly due to exports of pharmaceuticals and IT by foreign corporation’s in Ireland. In addition, this covers up the fact that there has been an increase in unemployment and a decrease in economic activity. The economy looks better on the surface compared to how it is actually doing.

It is evident that when you look at Ireland’s real data for economic prosperity, you can find that they rank much lower compared to their European counterparts. The real ranking is found when you remove multinational influence,  and look at Ireland’s consumer prices. Multinational Corporations’ influence has been flattening Irish GDP growth for years, but it has not affected GNI. Some of the factors that distort economic growth are intellectual property assets and aircraft fleets for resident leasing companies. Securing these things is not the problem, it is the deprecation on the Gross factor of GDP and GNI that is affected. MNC’s decision to move IPs into ownership of resident affiliates has led to 26 percent GDP growth rate. The other GNI distortion comes from multinationals that have moved their global headquarters to Ireland. When you add in the new information and compare Ireland to the EU, it places them below the top quarter of all EU countries.

An alternative perspective to look at is “individual consumption”, which is a national indicator of household welfare. Dealing with GDP it adds actual individual consumption of households and spending by government on services. The government services included in this analysis are healthcare, education, and housing. However, AIC does not include government spending on defence, debt service, or policing . On average AIC is about 2/3 of GDP, but ratios vary depending on the country. If you use national data it shows a measure of current living standards in The Republic of Ireland, adjusted for prices. Ireland does not rank very high on AIC rankings, they are located at about 28th. On this measure Ireland falls behind all six original members of the EEC or European Economic Community. Ireland’s AIC per capita is specifically 95 percent of the EU average, and this has made many people question the quality of the economy before the pandemic occurred. Several factors have diverted national recovery away from consumption, which is reflected from the fact that government borrowing was achieved through the government net saving being boosted by an increase in taxation. In conclusion, government saving increases exponentially during economic downturns.

Household saving is higher than it was before the 2008 market crisis. The savings strengthened the ability for households to cope with the fallout of the pandemic. Due to the aftershock of Brexit, Irish prices in 2019 were about 10 percent higher than those in the UK. Irish prices were about equal to the average of those in other European countries when ECB was founded in 1998, but they rose 27 percent higher than the average in 2008. There had only been a few years where borrowing enabled Irish consumption to exceed 50 percent of the US benchmark. After 1993 there was a steady increase to 68 percent, but it then dropped down to 60 in the subsequent years.

Another single measures of economic performance that needs to be discussed is the Human Development Index. The HDI combines health and education factors, and In 2020 Ireland ranked second in the world behind Norway. Scaling down GNI moves Ireland down to number 9 in the Human Development Index. These statistics are used for countries all over Europe, and they help show another form of economic prowess.

In conclusion, Ireland is a thriving country, but it is foolish to say that it is the most successful country in Europe. When you throw out misleading stats and GDP as metrics, you see the real truth. Ireland is truly closer to New Zealand and Israel, than the US. It is important to be aware how GDP can convolute economic details. Further research is always needed if you are to be sure about the economic state of a country. This is not only true for Ireland, but for most countries in the world.