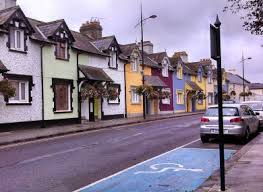 Fine Gael: Fine Gael believes 35,000 – 40,000 homes per year are necessary to meet the current demand of Ireland. Thus, Fine Gael promises to meet demand with supply. In addition, Fine Gael promises to increase the Help to Buy tax relief maximum to 30,000 euro for homes valuing 500,000 euro or less. Fine Gael also promises a Shared Ownership Scheme. The program states, between now and 2025, 10,000 affordable homes will be created at reduced prices due to infrastructure funding. These homes are intended to help home buyers with joint income of less than 75,000 euro per year or individuals with less than 50,000 euro per year.

Fianna Fáil: Fianna Fáil promises a 33% top up scheme for 125,000 new home buyers. For every three euros a new home buyer saves, the State will match you one euro. The State will limit the top up to 10,000 euro per homeowner. Fianna Fáil plans to spend 250 million euro per year with this program. In addition, the party promises to create 200,000 new homes in Ireland, including 50,000 new homes at or below 250,000 euro by 2025. Also, Fianna Fáil intends to change misused above shop properties, refurbish the property and convert the spaces into residential living in order to create more housing.

Sinn Féin: Sinn Féin promises a 6.5 billion payment to the State in order to build 100,000 public homes on public land to create affordable housing. In addition, Sinn Féin plans to increase the Vacant Site Levy from 7% to 15% in order to reduce people from underutilizing land. Ultimately, the penalty promises to increase housing and thus lower housing prices with the increase in supply. Also, the political party plans to reduce or completely freeze rents for Sinn Féin believes rents are at the highest level.

While all of these political promises may be complicated, Yes.ie makes brokerage simple and convenient through their online platform.